One of our precious relationships is between Violin Chandru, the Bollywood Strings and the famous Flamenco guitarist, Pepe Habichuela and his team. Chandru first met Pepe during a Nitin Sawhney concert in which both Pepe and Chandru performed. A year later, Pepe worked with us during our Barbican concert in 2000 and subsequently commissioned two strings arrangements which was released in the album “Yerbaguena” in the summer of 2002.

This collaboration has had many successful shows all over Europe. Our regular features in a concert were the sitar, tabla (North Indian percussion), mridangam (South Indian percussion) and of course, the violin. On the flamenco end, we had Pepe and his second guitarist, 2 singer come clappers and 1 kahoun player. Depending on the scale of the programme, we added musicians. Flamenco music and Indian music share common roots and this can be seen in the vibrating sounds these musicians produce and the atmosphere it creates.

Especially beautiful to watch is the relationship between Chandru and Pepe, fierce yet humble musical exchanges leave the audience mesmerised. Both musicians have nothing but praise for each other.

~ Flamencoworld.com wrote:
“Chandru, smiling, plays as if he were talking straight to Pepe. His music is fluid and precise.”

The magic between Pepe Habichuela and Violin Chandru is beautifully captured in the 2005 musical documentary “The Flamenco Clan – Herencia Flamenca” directed by Michael Meert, a German.

In the documentary, Pepe Habichuela’s son, Josemi, expresses, “When we worked with Chandru, there was a very special contact. We can see in their faces…they’re gypsies or we’re Indians”.

Feature article in Flamencoworld.com about the collaboration between Pepe Habichuela and Violin Chandru:

Pepe Habichuela (b. Granada, 1944) has returned to the recording market with a record in which East Indian music and flamenco mix with a simplicity of understanding that can only be achieved by veteran masters of each respective tradition. The guitarist who carried out this project is one of today’s most respected veterans of flamenco guitar, but in addition to his experience, he brings to this project an open philosophy regarding musical adventures in which there is no place for affectation or academicism. Enrique Morente’s right-hand-man on the record “Despegando”, as well as in innumerable concerts, he hasn’t devoted much time to solo work, in keeping with a way of being that is parallel to a musical style in which professional advancement and ostentation do not exist.

Pepe Habichuela’s collaboration with Indian music has been seen and heard on many stages throughout the world in various formats. In 2000 Pepe accepted the invitation of the British-Indian musician Nithin Shawney to play in several concerts in Europe in a small tour which hit some World Music festivals that already included the violinist Chandru, and the critics were surprised by the easy rapport and the capacity for assimilation between both types of music.

Flamenco looks back and around itself. The Hindu musicians adapt easily to the compas of flamenco: their rhythmic language is far more complex than that of flamenco, so that seguiriyas sounds with impossible percussive phrasing and melodies that criss-cross in harmonies that make them seem familiar. Chandru, smiling, plays as if he were speaking straight to Pepe. Another new world has opened up for a musician who can be heard on the records of Talvin Singh, Bjork, and Ravi Shankar. His language is fluid and precise. Pepe coordinates the musicians via his versatile and knowledgeable guitar.Chandru is one of the most sought-after musicians India’s movie industry, the market known as “Bollywood”, which surpasses America’s Hollywood in sheer number of productions. “The Bollywood strings” led by the violinist, dialogue and interchange ideas in the studio and on stage. London, Bangalore, Barcelona… In rehearsals Pepe surprises everyone with his English which is as eloquent and straightforward as his guitar playing and, without a doubt, the sound of his chords is the first flamenco sound which has reached the ears of many audience members at ethnic music festivals.

Watch Pepe Habichuela and the Bollywood Strings on YouTube

Buy The Flamenco Clan on Amazon 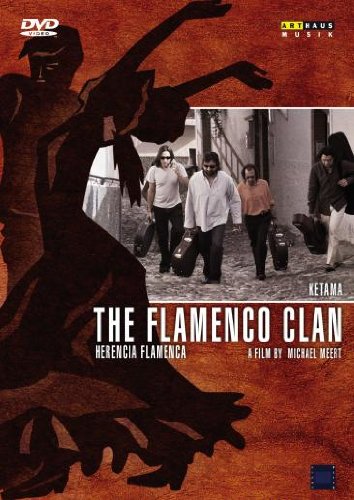 Listen to “Widescreen” by Violin Chandru and the Bollywood Strings
Bollywood Strings was created in 1999, inspired by UK's thirst for cross over music and is led by violinist Chandru who has worked with the likes of Nitin Sawhney, Talvin Singh, Ravi Shanker, George Harrison, Bjork, Tina Turner, Britney and many others and has made a name as UK's foremost Bollywood string arrangers. One of our driving ambitions has been to grow the number of musicians accomplished in performing the "Bollywood Strings" style. We have played a major part in popularizing Bollywood string arrangements and have collaborated with pop, jazz, and Flamenco music along the way. Bollywood Strings has enticed western musicians and music lovers to a whole new phase of cross culture music.

Discover the beauty of Bollywood Strings!